Kimberly Jenkins currently serves as an active board member, angel investor, and coach to several early-stage companies in Durham/RTP and Silicon Valley. She is a board member of the Research Triangle Foundation; cofounder of SOAR, a Google-funded initiative to help promising female entrepreneurs build scalable businesses in the Triangle; and founding director of the Duke Technology Scholars, a program supported by Silicon Valley venture firms and corporations to encourage young women to pursue careers in technology. She previously founded and ran Duke in Silicon Valley, a program for undergraduate students to study innovation while living and working in the heart of Silicon Valley.

Recently, Jenkins served as Senior Advisor to the President and Provost for Innovation and Entrepreneurship at Duke University (2010–2012) and successfully launched Duke’s Innovation and Entrepreneurship Initiative. She was responsible for envisioning, creating, and building entrepreneurial initiatives across the entire university (engineering, medicine, business, environment, law, and arts and sciences). She worked closely with faculty, staff, students, and alumni engaged in curricular development and translational research programs. She worked closely with senior leadership, including Duke’s Board of Trustees, who played a major role in supporting Jenkins and this initiative. With their help, she raised $18 million in the first two years and rapidly established Duke as a leader in this arena. Prior to her work with Duke University, she was a leader in the information technology field, with senior positions at Microsoft, NeXT, and the Internet Policy Institute.

For nine years (2001–2010), Jenkins was a member of the Duke University Board of Trustees, where she served on the Executive Committee and chaired the Committee for Institutional Advancement. She was also an active board member with several other major organizations: the Duke University Health System Board of Directors, the Kenan Institute for Ethics (as Vice-Chair), the National Humanities Center Board of Trustees, the University of North Carolina Innovation Circle, and the NC Idea Board. 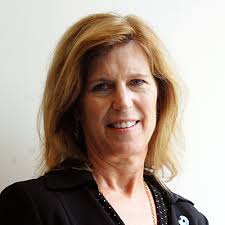