Board of Directors, Chair

Peter Lange joined the Department of Political Science at Duke University in 1981 after a previous teaching position at Harvard University. Since arriving at Duke, he has been Associate Professor (1982–1989), Full Professor (since 1989), and Chair of the Department of Political Science (1996–1999). In 1999 he became Provost, a position he held until July 1, 2014. Earlier, he served as the Special Assistant to the Provost for International Affairs (1993–1994) and as the Vice Provost for Academic and International Affairs (1994–1996). He also chaired the committee that produced the proposal for Curriculum 2000, the substantially revised curriculum for Duke Arts and Sciences undergraduates implemented in the fall of 2000.

Lange earned his B.A. from Oberlin College in 1967 and his Ph.D. from the Department of Political Science at the Massachusetts Institute of Technology in 1975. He has been awarded numerous fellowships, including the Woodrow Wilson Fellowship in 1967 and the Fulbright Research Scholar (Milan, Italy) in 1986. He became an Honorary Citizen of Kunshan, China, in 2013 and in 2014 he became both a Duke University Bass Fellow and a Fellow of the American Association for the Advancement of Science. In 2014, the directorship of DukeEngage was named in his honor by an anonymous donor.

As a professor, Lange focuses on the topics of comparative politics and political economy. His early work focused on Italian politics and the Italian Communist Party. He subsequently studied European trade union movements. In more recent years his research focus has turned to the economic performance of the advanced industrial democracies and the effects of globalization on these relationships. More recently he has turned his attention to the dynamics of higher education in the United States and globally. He also has trained numerous doctoral students, several of whom have won national awards for their dissertations and have gone on to distinguished academic careers. 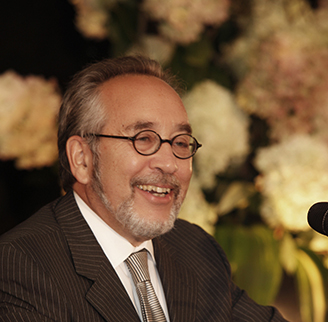