NOTE: Randall Kenan was a member of the Center for Documentary Studies (CDS) Board of Directors from 2005 until the time of his death in August 2020, in addition to serving as Lehman Brady Visiting Joint Chair Professor at CDS and UNC–Chapel Hill in 2002–03. In "Remembering Randall Kenan," former CDS director Tom Rankin recalls, among other memories, inviting Kenan to come to CDS as the Lehman Brady Professor—"I was interested in further developing our curriculum in documentary writing, and no one interested me more than Randall Kenan."

Randall Kenan (1963–2020) was Professor of English and Comparative Literature at UNC–Chapel Hill. His first novel, A Visitation of Spirits, was published by Grove Press in 1989. His collection of stories, Let the Dead Bury Their Dead (Harcourt, Brace, 1992), was nominated for the Los Angeles Times Book Award for Fiction, was a finalist for the National Book Critics Circle Award, and was among The New York Times Notable Books of 1992. He is also the author of a young adult biography of James Baldwin (1993), and wrote the text for Norman Mauskoff’s book of photographs, A Time Not Here: The Mississippi Delta (1997). Walking on Water: Black American Lives at the Turn of the Twenty-First Century (Alfred A. Knopf, 1999) was nominated for the Southern Book Award. He published The Fire This Time, a work of nonfiction, in 2007 and edited The Cross of Redemption: The Uncollected Writings of James Baldwin (2012). His last book, If I Had Two Wings (W.W. Norton and Co., 2020) was longlisted for the National Book Award for Fiction.

Kenan worked on the editorial staff of Alfred A. Knopf, Inc., from 1985 to 1989. He taught writing at Sarah Lawrence College, Columbia University, Duke University, the University of Mississippi, and the University of Memphis. He was the recipient of a Guggenheim Fellowship, a Whiting Writers Award, the Sherwood Anderson Award, the John Dos Passos Award, and the 1997 Rome Prize from the American Academy of Arts and Letters. Kenan was awarded the North Carolina Award for Literature in 2005 and was made a member of the Fellowship of Southern Writers in 2007.

In fall 2002 Kenan taught American Voices: Capturing Speech, Memory, and Culture, a seminar that focused on various modes of written reportage and oral history using a two-pronged approach. Students studied numerous texts, from historical narratives to popular contemporary oral history and reportage, and they researched and developed their own written documentary projects. In spring 2003 Kenan’s students in Modes of Documentary Writing explored various modes of nonfiction writing applied to representing actual experience, or what has been called Immersion Journalism. Unlike conventional journalism, this course focused on admittedly subjective modes of representation, and students actively discussed the relationship between author and subject. Through reading and discussion the students examined ideas and problems, such as an author’s persona in the work, the concept of “facts,” and the ongoing debate over subjectivity versus objectivity in nonfiction writing. Another goal of the course was to equip the student writer with a better understanding and approach to fundamental techniques of narrative nonfiction writing: character development, point-of-view, dialogue, language, narrative structure and organization, tone, and focus. 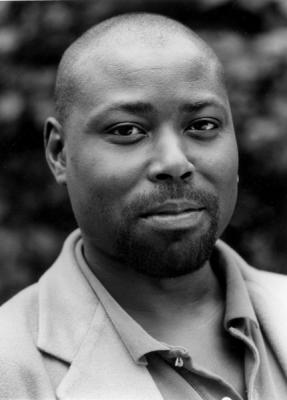