Sara Nodjoumi is a film producer, director, educator, and festival programmer. She produced When God Sleeps, coproduced by ITVS and WDR, executive produced by Motto Pictures, and supported by the Sundance Institute, the Catapult Film Fund, Fork Films, and various other domestic and international documentary organizations. The film premiered at Tribeca in 2017, has played at over seventy festivals worldwide, and has won numerous awards including the Golden Heynal for Best Music Doc at the Krakow Film Festival and Most Valuable Film of the Year from Cinema for Peace during Berlinale 2017. She also produced The Iran Job, which was released on Netflix and shortlisted for a German Academy Award. Sara and her producing partner, Till Schauder, released their latest documentary, Reggae Boyz, digitally across America (Audience Award, 2019 Brooklyn Film Festival). She is an alum of the Sundance Creative Producer’s Summit and the IFP Cannes Producer’s Network Fellowship.

Sara was an associate programmer at the Tribeca Film Festival and is currently the artistic director of the New York Sephardic Film Festival. She is currently in production with two feature documentaries: Untitled Nicky Nodjoumi Project is an art-heist thriller about her father’s lost art (supported by Catapult Film Fund and Sundance Doc Fund), and Kids, Life, Rock n Roll, a documentary about three pre-teens trying to form a band. Sara also teaches documentary producing at various institutions like DCTV and the Duke University School of Continuing Education. 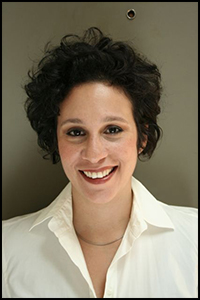