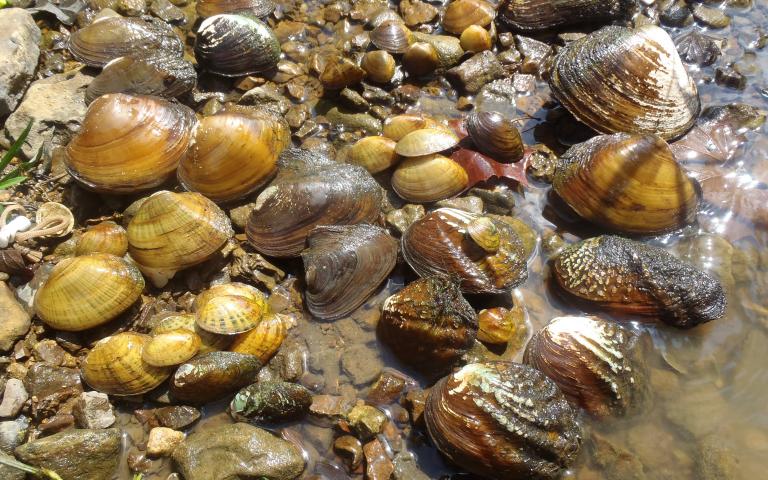 “By now I have become a freshwater mussel groupie. I fawn over photographs. . . . I stalk them from a distance, writing their names in my notebooks: fatmucket, pistolgrip, heelsplitter, shinyrayed pocketbook, spectaclecase, pigtoe, snuffbox. I pore over their bios. Posters of mussels hang in our bedroom.”

Our Documentary Essay Prize honors the best in documentary photography and writing in alternating years. Those of us who reviewed the written essays submitted for the 2015 prize were immediately struck by one titled “Immersion”—lovely, graceful writing punctuated by the lyrical and surprising names of hidden creatures almost impossible for the untrained eye to see. We’d found our winner: Abbie Gascho Landis, a veterinarian/naturalist/writer from upstate New York. In her winning essay, Landis weaves personal experience into her investigation of native mussels and their freshwater habitats as one way of looking at water issues in the Deep South and elsewhere in the United States.

Abbie’s essay eventually grew into a book; on the radio, you heard her read an excerpt from Immersion: The Science and Mystery of Freshwater Mussels(Island Press, 2017). “This is nature writing at its best,” said no less an authority than E.O. Wilson.