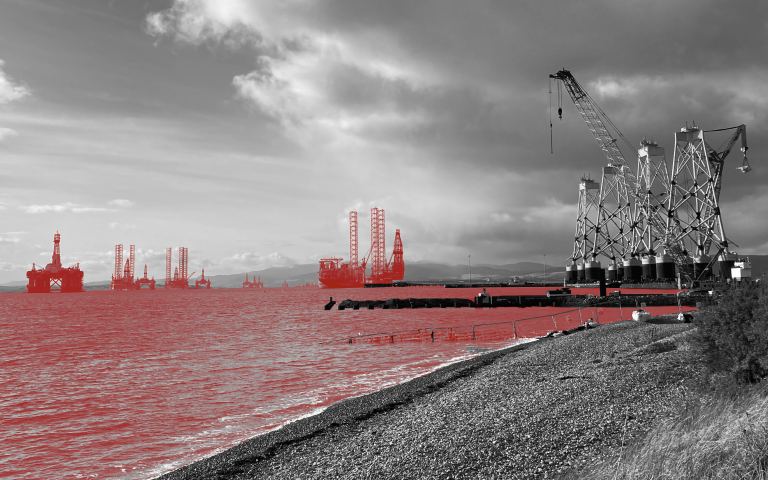 Among the wealthy, industrialized Western countries that created the climate crisis, Scotland is one of the leaders in pivoting away from fossil fuels—or promising to. Just how quickly will Scots be willing to cut off the flow—of oil, and money? Part 8 of The Repair, our series on the climate emergency.

Reported and written by Victoria McArthur, with additional writing and script editing by Cheryl Devall. Production and mix by John Biewen.

Season 5 art by Mara Guevarra. Episode image: In the Cromarty Firth at the edge of Nigg, Scotland, temporarily retired oil rigs, left, and, to the right, wind turbine supports, or “jackets,” waiting to be towed out to sea. Photo by Victoria McArthur. Image editing by Mara Guevarra.