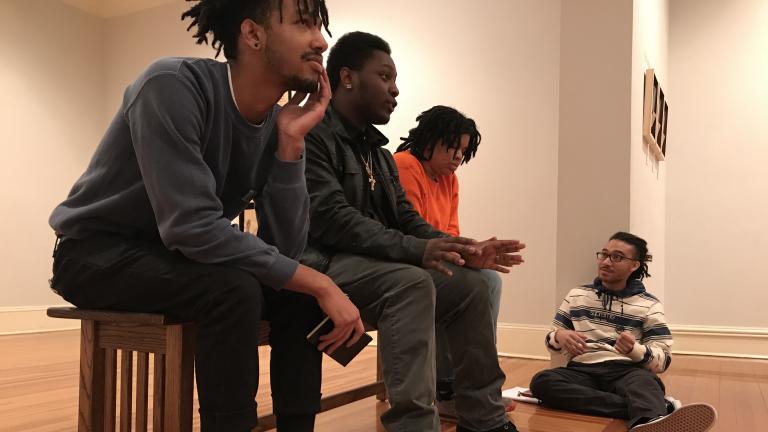 Emerging Documentary Artists were part of CDS's Documentary Diversity Project, which was active 2017–2020.

These young artists, selected from applicants who at the time were not in school or employed full-time, served in full-time eighteen-month residencies at CDS and were paid a living wage with health benefits. They had access to Duke University and CDS resources and programs as well as one-on-one mentoring with a variety of successful documentary makers, educators, and other professionals. Emerging Documentary Artists worked alongside CDS faculty, staff, and artists to explore and develop their skills in audio, photography, writing, film, and/or other documentary mediums. They participated in program activities (workshops, conferences, classes, trips, etc.) to further develop and encourage community connections and their own artistic voices, while planning and working on their documentary arts projects and interacting with local and national mentors. These artists engaged in peer mentorship, presented their projects to the larger community, and received support as they planned for their next steps (within the documentary arts or otherwise).

Brittany was born and raised in Durham, North Carolina. She is a lover of all forms of art. The motto she stands by is, “Anything arts is who I am, and anything arts is who I’ll always be.” She is a self- taught musician. At the age of nine, music sparked her interest, specifically percussion.

Haillee Mason is a critical thinker and creator who is enchanted by the power of vulnerability and intimacy that is inherent to Black diasporic life.

Audria Byrd (she/they) is a Black transfeminine filmmaker and poet hailing from Greenville, South Carolina, and currently based in Durham, North Carolina. She graduated from the University of South Carolina in 2017 with BAs in media arts and African American studies.

Shay Hendricks is an aspiring artist of many mediums. They are currently practicing and studying fashion design as a form of documentary art.

Anthony Patterson, born in 1995 in Durham, North Carolina, received his BFA in painting from the University of North Carolina at Greensboro (2017).

Greg is a skateboarder, photographer, and writer.

Steven describes some of his skills and interests: “I love to cook a lot of foods that I believe most people my age don’t know how to cook.

Keep up with the Documentary Diversity Project by following their zine/blog and Instagram: