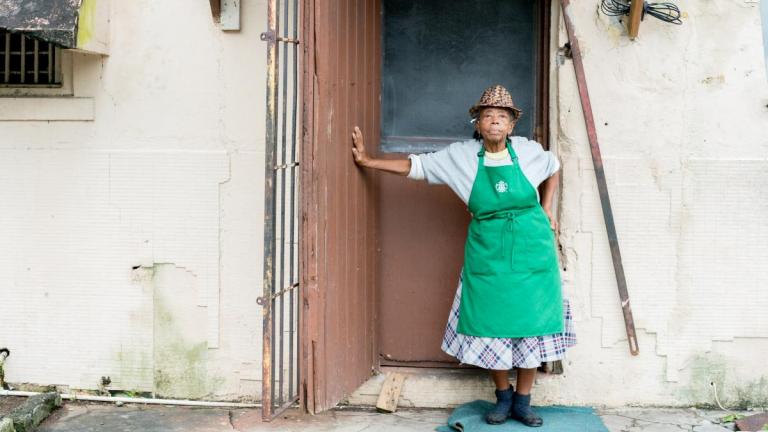 The Post-MFA Fellowship in the Documentary Arts was part of CDS's Documentary Diversity Project, which was active 2017–2020.

Fellows received a generous stipend and health benefits during ten-month residencies, where they refined and significantly enhanced their portfolios and CVs of documentary work. They had access to Duke University and CDS resources and programs as well as one-on-one mentoring with a variety of successful documentary makers, educators, and other professionals. Fellows also had the option of (co-)teaching a course during the spring semester of their term. These artists spent at least 70 percent of their time in residence at CDS, mentored and engaged with other members of the DDP cohort—Emerging Documentary Artists—and presented work produced during the appointment through exhibitions and/or artist’s talks.

Saba Taj is a visual artist based in Durham, North Carolina, whose work—inspired by Islamic stories, sci-fi, and revolution—explores representation, the gaze, queerness, and the body.

2018–19 Post-MFA Fellow in the Documentary Arts

Roland is a North Carolina native—born in Asheville and currently living in Raleigh—who received a BFA in design and MFA in studio art from the University of North Carolina–Greensboro. As he describes his work, Roland “creates art that challenges ideas around controversial social and political constructs, and generates a safe space to process, question, and share.”

2017–18 Post-MFA Fellow in the Documentary Arts

Tamika Galanis is a documentarian and multimedia visual artist. A Bahamian native, Galanis's work examines the complexities of living in a place shrouded in tourism’s ideal during the age of climate concerns. Her photography-based practice includes traditional documentary work and new media abstractions of written, oral, and archival histories.

Keep up with the Documentary Diversity Project by following their zine/blog and Instagram: