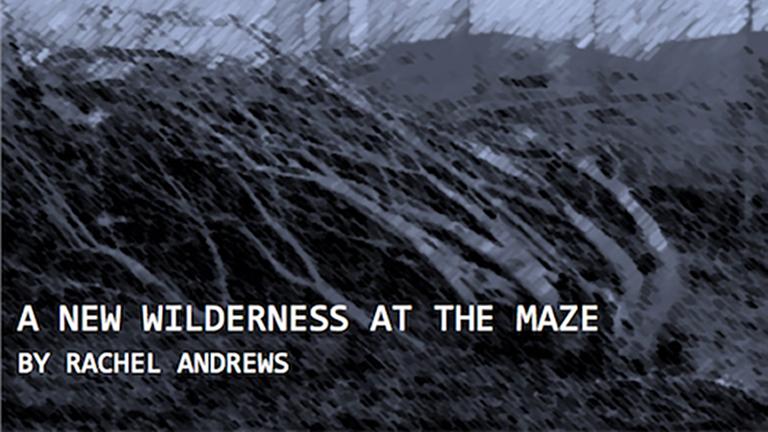 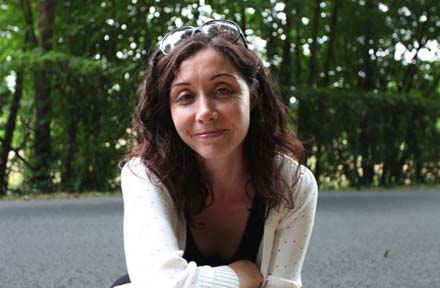 The CDS Documentary Essay Prize honors the best in documentary photography and writing in alternating years: one year, photos; one year, writing. The focus is on current or recently completed work from a long-term project. The first prize competition was awarded in writing. The winning essay, “A New Wilderness at the Maze,” was submitted by Rachel Andrews, a writer and journalist based in Cork City, Ireland. In her piece, Andrews explores the meaning of the demolition of Ireland’s Maze prison, near Belfast, the maximum-security facility where paramilitary prisoners were incarcerated during the “Troubles” (1971–2000) and where ten Republican hunger strikers died in 1981.

“I first visited the Maze prison in summer 2007. By then, it was in the middle of being demolished,” says Andrews, “a half-space between what was once the most notorious prison on the island—indeed, within the British Isles—and a vast, 360-acre site yet to be developed, possibly into a soccer stadium. . . .

“There were no ghostly resonances of the kind I had expected. The walls did not talk. . . . It was the blankness that so staggered me, that contrasted so fully with my expectations of the place, and it was the blankness I wanted to write about.

“I visited the Maze on five different occasions after that initial visit, spending a day or two there each time. During my visits, I walked around the half-demolished site taking notes and making recordings. I spoke to former prison guards, many of whom had returned to the site as security officers. One guard in particular had been shot during the breakout in 1983 when 38 Irish Republican Army (IRA) prisoners escaped. I also spoke with residents of the neighboring village, Halftown, whose houses backed onto the prison. And I have incorporated my own emotions and personal reflections as I feel they give important context to the very strong reactions I had to the prison.”

Rachel Andrews’s work has been published in such literary journals as The Dublin Review, where this essay was first published in a different form (Summer 2010), and in Irish Theatre Magazine, the Dublin Review of Books, and the Sunday Business Post. For six years, she worked as a journalist and theatre critic with the Sunday Tribune, one of Ireland’s national Sunday newspapers, where she also wrote about architecture. She has also contributed pieces to RTE Radio in Ireland as well as BBC4. A recipient of several Arts Council of Ireland awards, Andrews is an M.A. in Creative Writing candidate at Bath Spa University in England and a lecturer in literature and journalism at University Cork College and Griffith College Cork.

Andrews receives $3,000 and will take part in CDS’s upcoming Documentary Writing Speaker Series. Her work will also be placed in the Archive of Documentary Arts at the Rubenstein Library, Duke University. An excerpt from “A New Wilderness at the Maze” will appear in the winter issue of Document, and the essay in full will be published on our website.

Maggie Messitt and Leslie Starobin were each awarded honorable mention by Duncan Murrell, CDS’s Writer in Residence and prize judge, and the members of the Center for Documentary Studies Documentary Essay Prize Committee for their beautifully accomplished essays.

Maggie Messitt’s essay, pulled from her forthcoming book entitled The Rainy Season, explores a rural South African community in the midst of change. The multi-threaded narrative tells the stories of three individuals “tackling life in the Rainbow Nation one decade after apartheid.” Messitt spent eight years in rural South Africa as a freelance writer, publications editor, and director of a nonfiction storytelling project. The Rainy Season is the result of ten months that she spent being immersed in the community and six years of reporting. Messitt, who graduated with an M.F.A. from Goucher College and is a Ph.D. candidate in Creative Nonfiction at Ohio University, is a narrative and immersion journalist focused on middle America and southern Africa.

In “How Didn’t Heaven Fall?,” Leslie Starobin explores the plight of “displaced Jews from dispersed Jewish communities around the world” through oral histories and memorabilia, including family letters. From 2007 to 2012, she interviewed relatives, friends, and colleagues whose lives were profoundly shaped by World War II and its tragic consequences.” Starobin has also created photomontages from “the things they carried” with them—family photographs and belongings. This project in full will be published as a multimedia ebook that incorporates text, photomontages, audio, and video titled The Last Address. Starobin is a professor of Communication Arts at Framingham State University in Massachusetts. She received her M.F.A. in photography from the San Francisco Art Institute and B.A. in literature from Hampshire College.