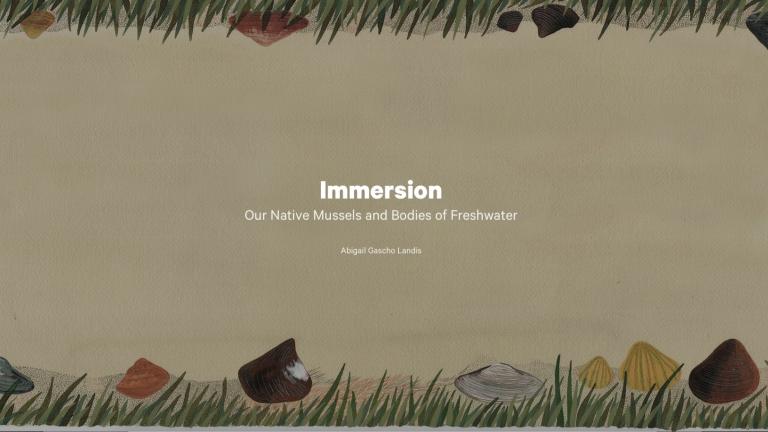 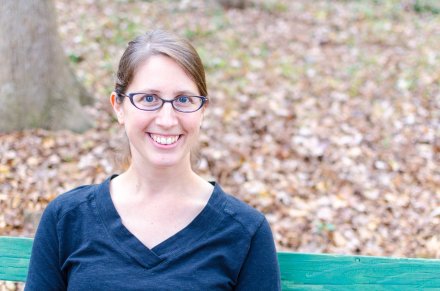 The CDS Documentary Essay Prize honors the best in documentary photography and writing in alternating years: one year, photos; one year, writing. The focus is on current or recently completed work from a long-term project. The 2015 prize competition was awarded in writing. The winning essay, “Immersion: Our Native Mussels and Bodies of Freshwater,” was submitted by Abbie Gascho Landis, a writer and veterinarian in Cobleskill, New York. For the last six years, Landis has snorkeled in creeks, explored large rivers, visited laboratories, and interviewed biologists in order to document “these remarkable animals.” In her essay, Landis weaves personal experience into her investigation of native mussels and their freshwater habitats as one way of looking at water issues in the Deep South and elsewhere in the United States.

“Endangered mussels have garnered national attention in recent water wars involving conflicts with agriculture and with cities like Atlanta during droughts,” Landis writes in her project statement. “‘Immersion’ looks at our water supply in this changing climate. The South seems rich with flowing water, yet southern teams of freshwater experts are now consulting with their counterparts from the arid West; they need a road map for navigating water shortages. While mussels have been studied for more than a century, research has recently ballooned, revealing complexities about their lives and roles in river systems.”

[Mussels] have been called naiads, after Greek mythology’s freshwater nymphs, each linked inextricably to a particular stream or river. Some mussels are widespread, while some exist only in a single river system and some—like the Tar River spinymussel—live in only a few creek sites. Mussels evolved with their river’s flow and geology, requiring particular river bottom habitat. Their need for host fish links them to vulnerable fish diversity.

Human-driven changes to creeks and rivers often disrupt water flow and quality, destroy the creek bed, and alter fish populations. When a waterway changes, mussels are the first to know. They may die outright, or be unable to reproduce. Like the check engine light on a dashboard, mussels indicate when there’s a problem with how their river is running. . . .

By now I have become a freshwater mussel groupie. I fawn over photographs. . . . I stalk them from a distance, writing their names in my notebooks: fatmucket, pistolgrip, heelsplitter, shinyrayed pocketbook, spectaclecase, pigtoe, snufflebox. I pore over their bios. Posters of mussels hang in our bedroom.

Abbie Gascho Landis writes a blog, thedigandflow.com, and is a veterinarian at the Cobleskill Veterinary Clinic in Cobleskill, New York. Landis has received an Arthur DeLong Writing Award and was a finalist for the Constance Rooke Creative Nonfiction Award in 2013. She has a bachelor’s degree in English and biology from Goshen College and a doctorate in veterinary medicine from Ohio State University.

Landis receives $3,000 and will give a reading at the Center for Documentary Studies. Her work will also be placed in the Archive of Documentary Arts at the Rubenstein Library, Duke University. An excerpt from “Immersion: Our Native Mussels and Bodies of Freshwater,” will appear in the Winter 2015-16 issue of Document, and the essay in full will be published on our website in 2016.

Jessica Wilbanks was awarded honorable mention by the members of the Center for Documentary Studies Documentary Essay Prize selection committee for her beautifully crafted essay, “The Far Side of the Fire,” which explores widespread charges of witchcraft against Nigerian children and reflects on her own experiences growing up in the Pentecostal faith.

Wilbanks has a BFA in creative nonfiction and theology from Hampshire College and an MFA in Creative Writing from the University of Houston. Her work has appeared in such publications as the Sycamore Review, Ninth Letter, Ruminate Magazine, and The Pushcart Prize: Best of the Small Presses 2014.