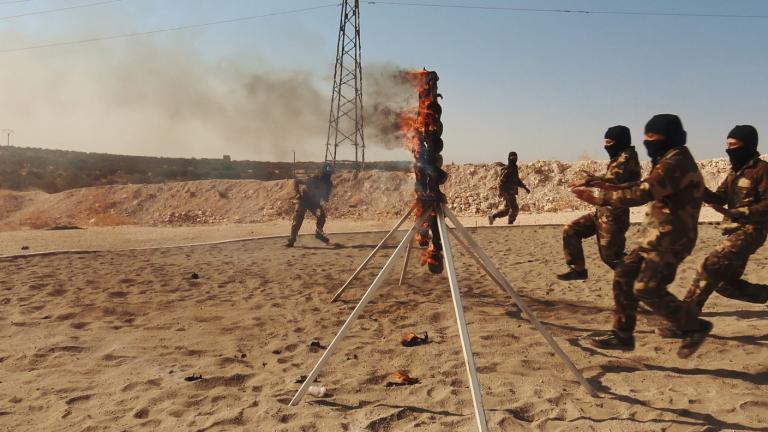 Of Fathers and Sons, directed by Talal Derki, is the winner of the 2018 CDS Filmmaker Award, presented on April 8 at the Full Frame Documentary Film Festival in Durham, North Carolina. The annual award of $7,500 recognizes a documentary film that combines creativity and experience in examining contemporary society, heightens awareness of a compelling issue, and serves as a potential catalyst for change.

The eighteenth film to win the award, Of Fathers and Sons chronicles the stories of two brothers, Osama and Ayman, whose father’s dream is to establish an Islamic caliphate. They love and admire their father, but while Osama seems to want to follow the path of jihad, Ayman hopes to go back to school. The film follows them as they finally let go of their youth and become jihadi fighters.

As Full Frame Selection Committee member Winifred Fordham Metz described the film in this year’s festival program, “Four years after his groundbreaking documentary Return to Homs, Talal Derki brings us another intimate and unwavering view of his former homeland, Syria. Astonishing access combined with precise and faintly elegiac cinematography yields bone-chilling insight into a world rarely glimpsed by anyone outside jihadist circles. A fighter for Al-Nusra, Abu Osama openly shares his views of Al-Qaeda and his ardent desire to strengthen an Islamic caliphate. As the film progresses, we witness him shoot from a sniper’s perch, harshly berate his wife, and send his sons to a rigorous military training camp; we also observe his fatherly pride and raw affection, as he continually pulls his sons in close for long hugs. Ultimately, we see that Abu Osama is single-minded in his pursuits, at all costs."

CDS director Wesley Hogan had this to say when announcing the award, “A Syrian personally affected by the war, Talal Derki returns to his homeland to tell an eye-opening and difficult story. His intimate, sometimes disturbing, footage shows the power of patriarchal jihadist culture in the particular—the film follows one man and his sons over an extended period of time. The documentary gives people a better understanding of a world that many outside of Syria know nothing about, and treats all of its subjects with incredible dignity.”

Of Fathers and Sons also received the Grand Jury Prize for World Cinema Documentary at the 2018 Sundance Film Festival.