2019 CDS Filmmaker Award: Sahra Mani, "A Thousand Girls Like Me" 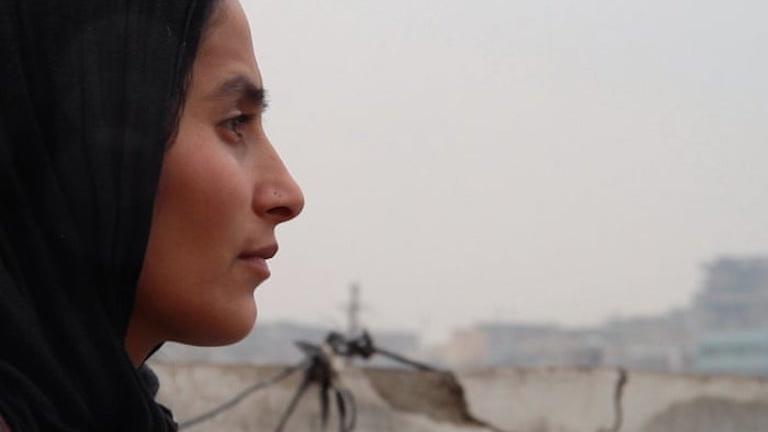 A Thousand Girls Like Me, directed by Sahra Mani, won the 2019 CDS Filmmaker Award, presented on April 8 at the Full Frame Documentary Film Festival in Durham, North Carolina. The annual award of $7,500 recognizes a documentary film that combines creativity and experience in examining contemporary society, heightens awareness of a compelling issue, and serves as a potential catalyst for change.

The nineteenth film to win the award, A Thousand Girls Like Me shares the story of Khatera, a young Afghan woman, as she breaks the law of silence and confronts the will of her family and the traditions of her country in seeking justice for years of sexual abuse. After seeking assistance, in vain, from thirteen religious leaders, she appears on television to denounce the incest her father has forced on her since she was nine years old. The film follows her fight against a corrupt legal system as she works to bring him to justice. All the while, Khatera lovingly cares for her newborn daughter—whom she refers to, with tender perplexity, as both her sibling and child. Despite having to be constantly on the move for fear of her family’s vengeance, she refuses to give in.

Afghan director Sahra Mani closely followed Khatera’s brave and dangerous battle. As CDS director Wesley Hogan said when announcing the award: “This year, we recognize a filmmaker whose work pushes creative and cultural boundaries, and who shows the deepest moments of human connection and conflict at the heart of a young woman’s desire to tell the truth and heal. Mani demonstrates a profound commitment to engaging and approaching the world on the other side of the lens in an incredibly challenging environment. The courage and endurance of the filmmaker and her primary partner in making the film are quite simply remarkable.”

A Thousand Girls Like Me was also named Best Documentary Feature at the 2019 Athens International Film Festival.