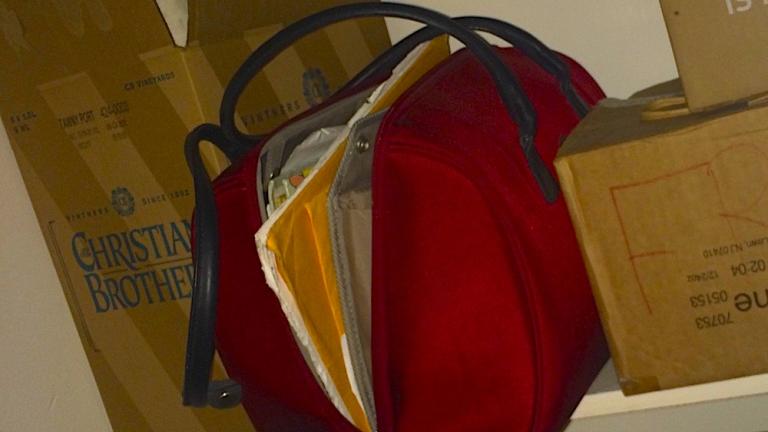 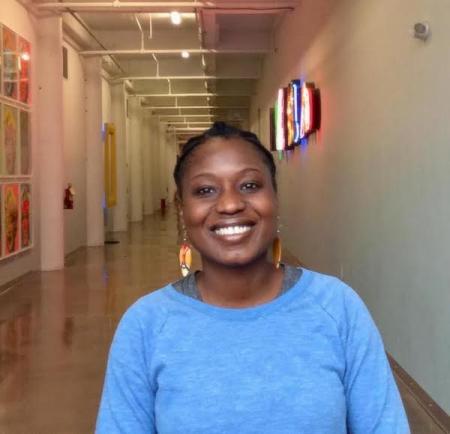 The 2019 prize competition was awarded in writing. The winning essay, “You May Have the Suitcase Now,” was submitted by Haitian-born writer Beaudelaine Pierre. In her essay, Pierre draws on her experiences as a displaced person living in the United States to explore, as she writes, her “struggles with memories, homes, and identity.” Pierre arrived in Minnesota in fall 2009 on a Hubert Humphrey Fellowship, a program of the U.S. Department of State that brings together leaders and emerging leaders from various countries. Following the 2010 earthquake in Haiti, and as a result of the U.S. government decision to allow nearly 60,000 Haitians to live in the United States under Temporary Protection Status, or TPS, Pierre and her two kids have remained in Saint Paul.

The Trump administration has announced an end to TPS for Haitian nationals; the most recent order stipulated the termination of TPS on July 22, 2019 but was followed by an extension to January 2020. Since this change was announced in 2017, Pierre has begun to “develop obsessions” and craft a series of reflections “that take the form of questions such as these: What does it mean to be hosted, to be offered a home, and then to reclaim or refuse to further extend that home? What are the ethics involved for both the host and the hosted? What does it mean to be refuse homes altogether? . . . As I write in a language and live in a country that are not my own, I realize that this language in which I now speak and write could very well be the home that I will need to claim, and reclaim, for myself.”

In “You May Have the Suitcase Now,” Beaudelaine Pierre brings the story of her parents together with her own “journey of encounters, connections and border crossings amid the sociopolitical events and natural disasters that marked the last few decades.” But, most of all, Pierre’s essay looks at the wake of iterative acts of violence that haunt people of African descent and the long line of equally devastating interventions in Haiti that came before and after the earthquake. In this essay, Pierre invites us to see the earthquake in its ambiguous beginning and conclusive ending, while asserting her “authority to redefine her geography”:

“Rue Tiremasse, among many other places we roamed [in Haiti], is a depotoir, a dumping ground, a place of merging geographies. In its intersections lie several monuments of waste we jokingly call Christmas trees for their tall height, triangular shapes, and multicolor lines coming from unwanted plantain peels and ripe bananas. They are also decorated with tomatoes in tatters; bottles and cans of vegetable oils and foods of all kinds stamped “Made in USA”; food packaging, Miami rice bags, New York Times crosswords, newspapers and magazines, and many other things that lie on top of each other; and that’s not all. Every morning, in one of Rue Tiremasse’s many corners, a machann pèpè would hang pieces of clothes on the walls one by one: skirts, long- and short-sleeve shirts, underwear of all shapes and sizes, nights-out outfits, workhouse dresses, business clothes, sandals and leather shoes, two-piece suits. Some almost new, some with spots and stains; others that reeked of smoke. There were also pairs of sunglasses, flashlights, silverware, and not-so random boxes of Dark & Lovely perm. The machann pèpè would put out T-shirts of many colors—reds together and then the yellows and then the blacks and then the grays. They would be wrinkly from being stuffed together in pèpè balls, their own kind of suitcase. They read “In God We Trust” or “Welcome to New York.”

“In another corner of Rue Tiremasse, a mountain of Miami rice cooked in pwa kongo and lard would rest in a large pan. The machann pèpè was a machann aleken. In the middle of the day, workers in their suits sat among the piles and walls of clothing for their lunch. A radio laying at the feet of the machann pèpè and the customers brought the news and the time of day and music and everything else there is to know. Everything to live for is right there in this corner of Rue Tiremasse, mufflers roaring, aleken steaming, and clothes sweating cigarette smoke, stains, and traces from every corner of the world were unleashed by the machann pèpè each morning after they made their journeys from dark, tight storage closets in the United States. . . .

“My suitcase is a shuffling land, the soil that returns on itself and opens itself up. There are no artifacts to show that my life is not in history books. Over the years my travel-size luggage has been reduced to a small red valise of old journals and letters turning yellow, the home of old IDs, expired passports, and birth certificates. It is now the size of a small folder, but in truth, the suitcase I carry is lidless. How to explain this land is your land is a dizzy feeling of inhabiting the other and the self. Eventually, a small red suitcase of any sort is special after all and will stitch lands and rivers together.”

Pierre receives $3,000, and her work will be placed in the Archive of Documentary Arts at the Rubenstein Library, Duke University. “You May Have the Suitcase Now” will be featured on Center for Documentary Studies’ CDS Shortwave website this fall/winter.

Beaudelaine Pierre has published three novels, La Negresse de Saint-Domingue, L’enfant qui Voulait Devenir President, and Testaman. She was also coeditor, with Nataša Ďurovičová, of the anthology How to Write an Earthquake: Comment écrire et quoi écrire / Mou pou 12 Janvye, the first anthology regarding the 2010 Haitian earthquake to be published in English, French, and Creole and written entirely by Haitian poets, writers, and artists. Pierre has received a Beyond the Pure Fellowship for Writers, a Humphrey Fellowship, and an International Writing Program Fellowship. Her debut novel, Testaman, won First Prize in the 2002 Best Creole-Language Novel Contest sponsored by the newspaper Bon Nouvel in Port-Au-Prince. Pierre is a doctoral candidate in feminist studies at the University of Minnesota. Her next book, a collection of essays, is scheduled for publication by New Rivers Press in fall 2020 and will include the essay “You May Have the Suitcase Now.”

Sini Nina Chen of Hangzhou, China, and Omaha, Nebraska, for “On Eating Lotus,” her “experimental ethnography” that investigates the lotus as a “plant, food ingredient, object of kinship, literary symbol, and cultural stand-in for paper,” and Gretchen Henderson of Washington, D.C., for a chapter from her book-in-progress, Life in the Tar Seeps, which follows a group of scientists searching for fossils-in-the-making near Robert Smithson’s iconic work of Land art, Spiral Jetty, in Utah’s Great Salt Lake.