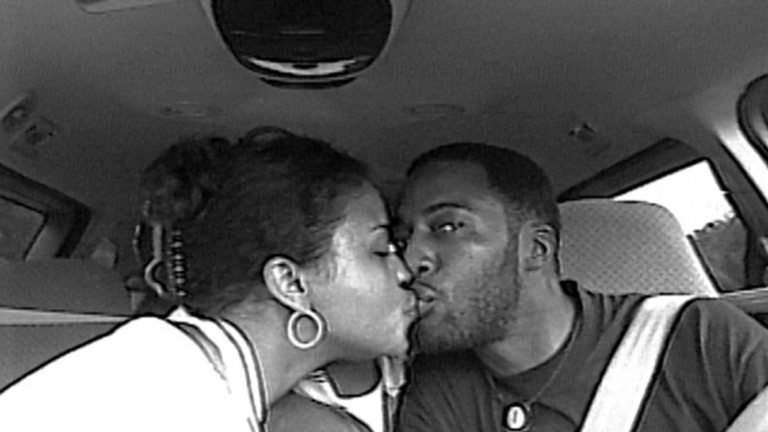 Time, directed by Garrett Bradley, has won the 2020 CDS Filmmaker Award, which is presented in conjunction with the Center for Documentary Studies’ annual Full Frame Documentary Film Festival. The festival announced the 2020 award winners on April 22; the four-day event, originally scheduled to take place April 2–5 in downtown Durham, was canceled amid COVID-19 public health and safety concerns.

The $7,500 CDS Filmmaker Award recognizes a documentary film that combines creativity and experience in examining contemporary society, heightens awareness of a compelling issue, and serves as a potential catalyst for change. While a number of films would have screened at the festival out of competition, the thirty-two films in competition in the NEW DOCS program were eligible for this award—twenty features and twelve shorts selected from nearly two thousand submissions.

The twentieth film to win the award, and Bradley’s debut feature documentary, Time combines close observations with homemade video diaries to tell the story of Sibil Fox Richardson, a Louisiana mother of six known as Fox Rich—how she holds herself and her family together even as they deal with the longtime incarceration of Fox Rich’s husband, Robert. When Fox and Robert were in their early twenties, they tried to rob a bank. Fox received a thirteen-year sentence and was released in three and a half years; Robert refused a plea deal on the advice of his lawyer and received a sixty-year sentence. For two decades, Fox Rich tirelessly works for Robert’s release.

Time poignantly reveals many layers to concepts of time, of change, of time passing, of “doing time.” While the film tells a story of loss, of fracture, of systematic separation and mass incarceration, it is also a story of love and strength and repair. As Amy Taubin writes in Film Comment, Garrett Bradley has built “an intimate and epic film, where past and present flow together like memory, all time-bound up in a single purpose—to reunite a family so they can love one another in freedom.” Read the full story and interview with Garrett Bradley here.

CDS director Wesley Hogan, representing the jury for the award, writes, “This thoughtful, candid film pushes stylistically into new and magical realms with masterful pacing and a carefully constructed narrative and poetic portrayal of the deep, persistent damages that mass incarceration visits on black families in America. Weaving eighteen years of archival video diaries made by Sibil Fox Richardson for her incarcerated husband, Robert, together with present-day footage of the family, all in deftly crafted black and white, filmmaker Garrett Bradley has achieved a timeless meditation on time itself—marked by memory, beauty, transition, void, and gravity.”