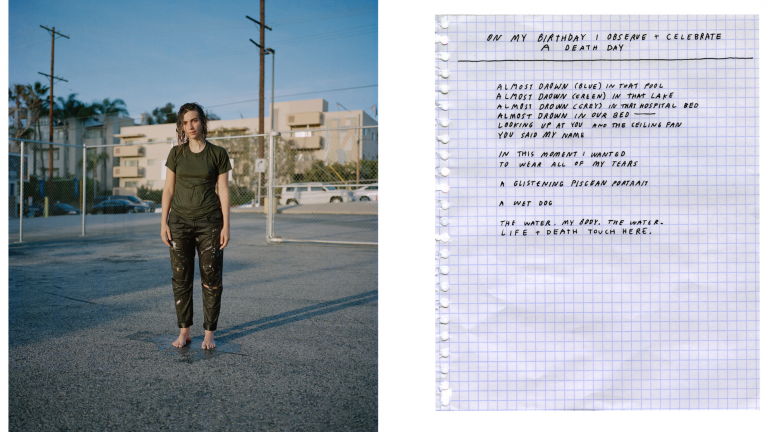 The Center for Documentary Studies (CDS) at Duke University has awarded the twenty-ninth Dorothea Lange–Paul Taylor Prize to American artists and educators V Haddad and Sam Richardson. The $10,000 prize supports the advancement of an ongoing fieldwork project that fully exploits the relationship of words and images in the powerful, persuasive representation of a subject.

In V Haddad and Sam Richardson’s winning proposal, Self Portrait Service, image, text, and sometimes audio are essential to the project’s meaning and presentation, which is an experiment in power exchange: The person in each self-portrait owns and has full rights over their image. Each individual determines the way that they are depicted and then provides a response—whether a text message, drawing, email, or letter—that reflects their thoughts on the image, why they wanted it, and how it felt to make it. This creates, in essence, a second image, which is presented as a diptych so that the portrait cannot be seen or consumed without the accompanying text. “We are engaging in a photo portrait practice with its roots anchored in the ethics and protocols of BDSM, informed consent. . . . We aspire to create an archive of sorts through a collaborative public that de-centers and shares power, rather than a proprietary lens,” Haddad and Richardson write. “We work to empower LGBTQIA+ people in creating our own images; a community historically denied access, power, and control of narrative.”

“In Self Portrait Service, we are interested in really asking if collaboration is truly possible. We do not claim to have an answer but care to create dialogue and expressions outside of the traditional sense of the image.

“We provide each collaborator a contract to determine what access, if any, is granted us: A chief concern of ours is that the people depicted hold power after the image is created; they have full access to their images, control of their image-afterlives and image-futures. We hope to provide this service to as many people as possible, to share our access as image makers and to help celebrate, document, heal, and support. Art emerges as a utilitarian act of care.

“In queer community, representation and presentation are a complex, beautiful, and unending part of our existence. There are transformations, undefined spaces, transparency, opacity, play, and theater all rendered through our image-identity. And all of this is embedded within a deep history of violence and precarity when it comes to being seen. Self Portrait Service is determined to facilitate a way in which queer community can depict oneself as they wish to be seen, and not as the viewer desires to see them. Writing individualizes each subject beyond the stillness of the photograph. Furthermore, it challenges the assumptions and preconceived notions of a viewer based purely on visual access. . . . These are attempts to press against the expectations of documentary photography, the digestibility of image-identity, and even at times the aesthetics of photography itself.”

“Winning the Lange-Taylor Prize will further the fieldwork for Self Portrait Service by allowing us the financial ability, and security, to continue offering the service for free, as well as opening access to travel. To be able to continue and expand our fieldwork of this project to include more people, and to contribute to this way of documenting community, would be truly altering for the project in scope and meaning.”

Alexa Dilworth, CDS publishing and awards director, writes, “The choice of V Haddad and Sam Richardson to win this year’s Lange-Taylor Prize for Self Portrait Service represents the Center for Documentary Studies’ longstanding, foundational commitment to supporting artists who are fully exploring the essential relationship of words and images in the creation of documentary projects and who are engaged in investigating the nature of documentary work itself—how ideas around exchange and reciprocity, even ownership, play out between image makers and those who inhabit their images. In Self Portrait Service, portraits and texts are combined to make a new image, that, like a postcard, must always be read together. These representations offer viewers new ways of considering portraits and the stories they tell us, separately and as a body; these are subjective and communal works.”

V Haddad and Sam Richardson have been working as a collaborative team on Self Portrait Service for two years. The fieldwork has been ongoing, even accounting for time lost to COVID-19, as both V and Sam pursue their individual work as artists and educators while sharing overlapping interests in interrogating the documentary form and history. 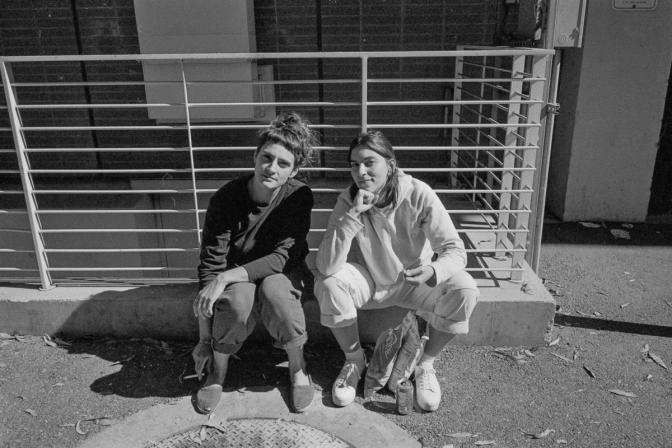 V Haddad is a filmmaker and visual artist working in experimental and documentary filmmaking, often in concert with drawing, installation, and printmaking. Originally from Chicago, Illinois, she currently lives and works in New York. Examining and interpreting the nature of communions, divides, and self-determinations is at the crux of her practice. Much of her work functions as a portrait practice: accounting for her position as she creates expressive documentations of people and their surrounding contexts, histories, and visions. Through an assortment of visual approaches, she works to map topographies of power and shed light on relationship dynamics. She studied at L' ́Ecole des Beaux-Arts in Paris, the New School, and received a BFA from the Cooper Union. She recently completed an MFA at UCLA in the New Genres department.

Sam Richardson, based in Los Angeles, is an interdisciplinary artist working primarily in photography, as well as in video, sound, and writing. Working in a documentary-informed practice, Richardson strives to unlearn, break open and find new ways of creating images that interrogate photographic relationships in the context of the body, trauma and care. They utilize their work as a Crisis Counselor to survivors, abolitionism and personal history to enter her work with a practice of care and investigation into personal and shared experience. She holds a BA from Bard College in Photography and Gender & Sexuality studies and an MFA from the Photography Department at UCLA. They were the Artist and Instructor in Residence at Urbano Project in Boston this past winter and currently teaches at CalArts in the Photography and Media department. She is the director of communications/teaching artist at Creative Acts and is a teaching artist at Las Fotos Project.

Honorable mentions were awarded to Brian Garbrecht, a studio art major at Northeastern Illinois University in Chicago, Illinois, for his project “Forest from a Tree,” which in images and writing traces the compelling story of his adoption and engages ideas around family and identity, and riel Sturchio, an artist based in Austin, Texas, for “Un(remark)able,” their imaginative “photographic and literary exploration of medical trauma, mistrust, and gender inequity following [their] lived experiences with disability and chronic illness as a queer and non-binary person.”

The other finalists were Allan Carandang for “Melanated Voices”; Jason Francisco for “The Swamp”; Moriah LeFebvre for “Works in Rough Going”; Alex Morelli for “Untitled Death Row Memory Film”; Shabtai Pinchevsky for “Duplicating Palestine”; Todd Rigos for “Adrift”; Ruddy Roye and Rebecca Lee Sanchez for “Seeing Under the Surface”; Matthew Thorne, David Vajda, Elena Sergova, and Tina Ateljevic for “Untitled (Coal Miners)”; and Sophie Schwartz for “We Do the Rest.” 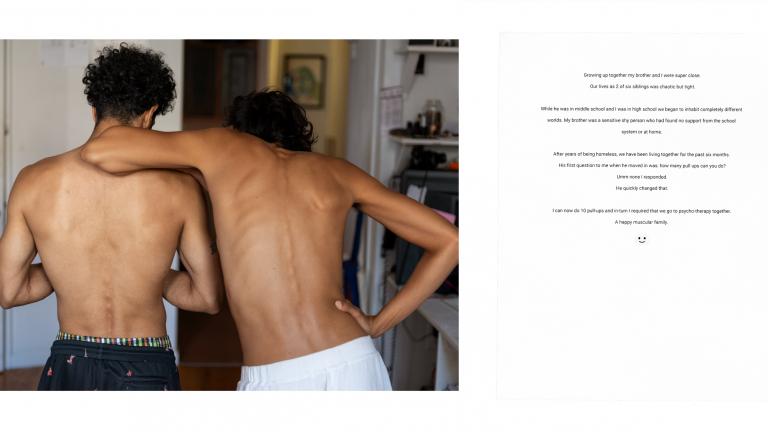 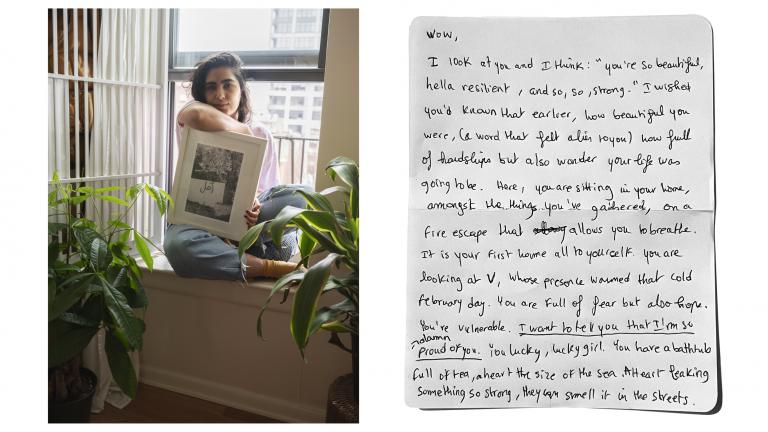 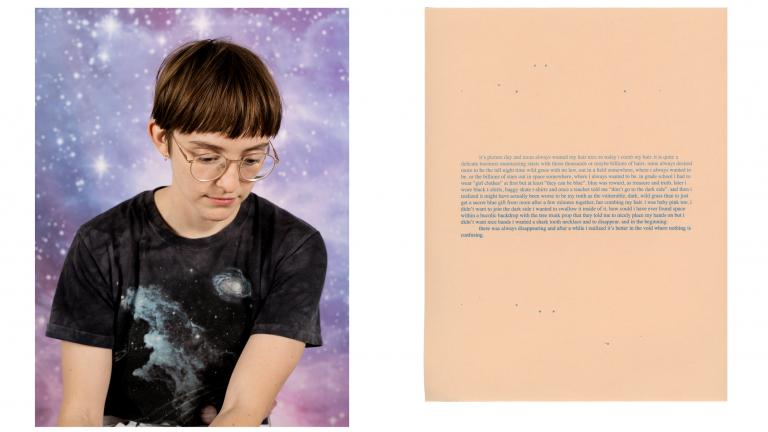 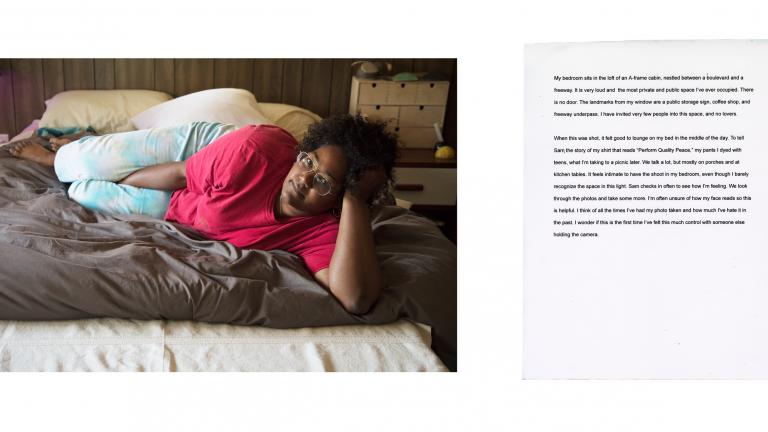 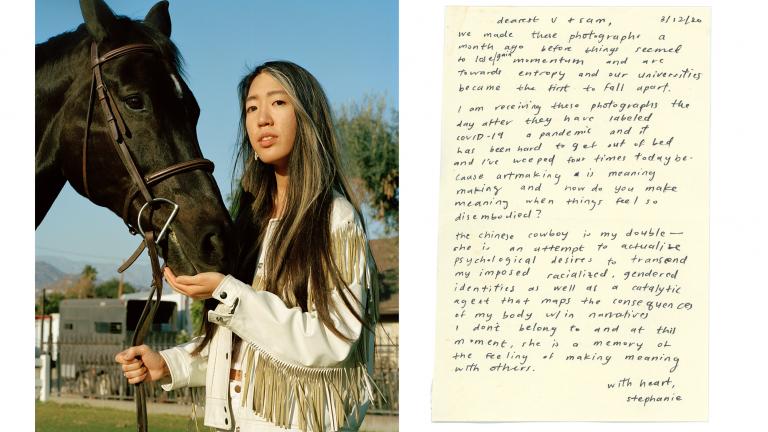 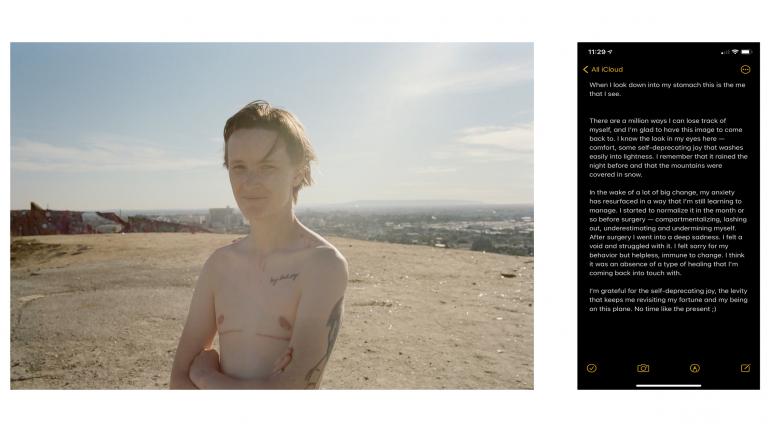 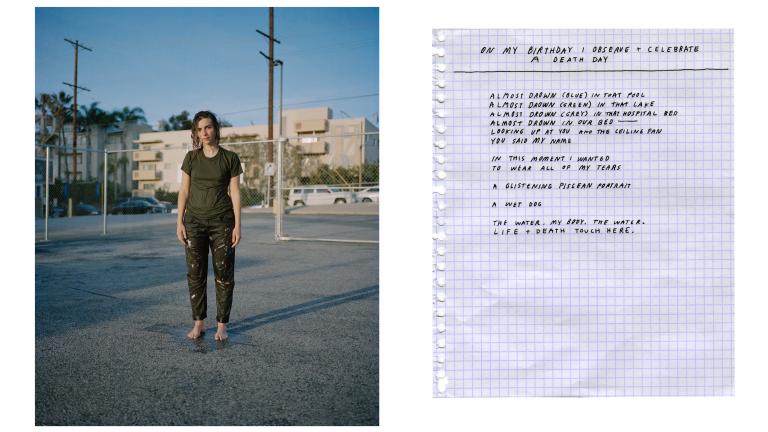 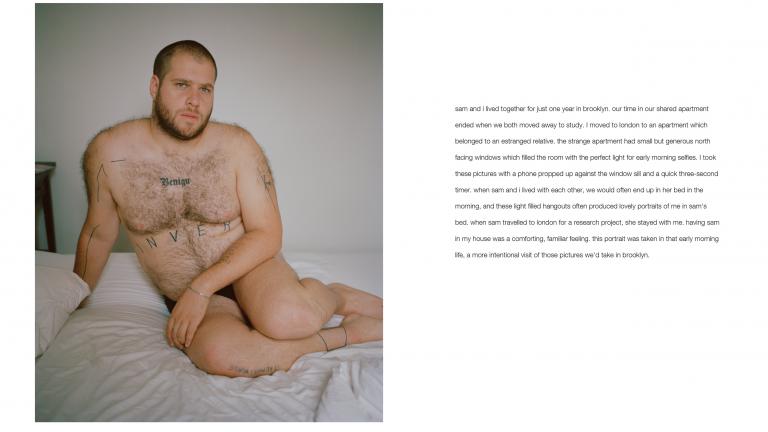 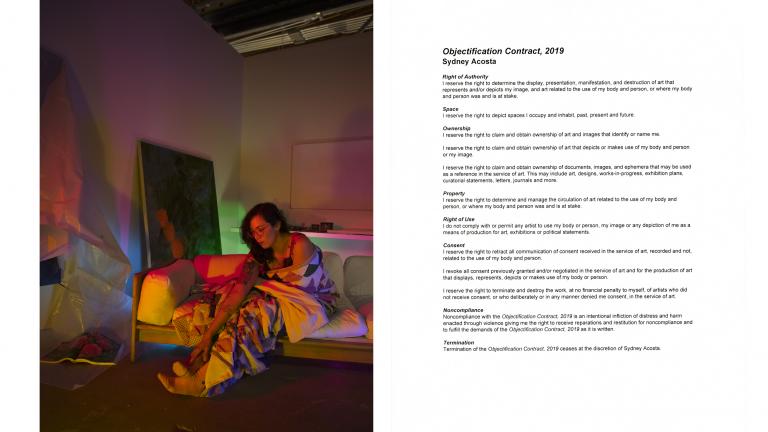