Southern Summit on Philanthropy and the Academy 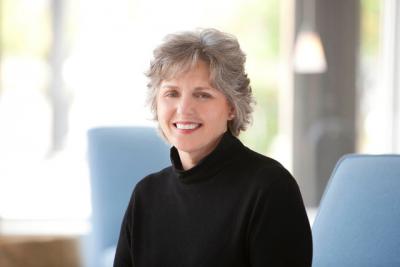 UNC’s Center for the Study of the American South is partnering with the Center for Documentary Studies at Duke to host a series of interdisciplinary, public conversations on persistent and emerging issues in southern communities. Led by the Fall 2019 Keohane Visiting Professor Dr. Sherry Magill, Duke and UNC-CH will connect the principle concerns of philanthropic foundations, higher education institutions, and southern communities during sessions in September and November, 2019 (scroll down for schedule).

Led by Dr. Sherry Magill, Duke and UNC-CH will explore our most persistent problems, highlight emerging challenges, and examine promising solutions. We will connect the principle concerns of philanthropic foundations, higher education institutions, and southern communities. What are the missed connections and possibilities  between these participants and institutions? What can we build if we work together?

About the Keohane Visiting Professorship

The Keohane Professorship recognizes the remarkable contributions of Dr. Nannerl Keohane during her term as President of Duke University, and the unprecedented level of collaboration she and former UNC Chancellor James Moeser created between these two great institutions.

The award was created in 2004 by then Chancellor Moeser and is funded by Carolina graduate Julian Robertson and his late wife, Josie, of New York (parents of Spencer, Duke ’98, and Alex, UNC ’01, Robertson) and the William R. Kenan, Jr. Charitable Trust.

Sherry Magill served as President/Executive Director of the Jessie Ball duPont Fund, a private grantmaking foundation located in Jacksonville, Florida, from 1993-2018.   During her tenure, Magill led the Fund’s court effort to increase the number of the Fund’s trustees and spearheaded development of the Jessie Ball duPont Center, a nationally recognized retrofitting and repurposing of the defunct Haydon Burns Library into a nonprofit and philanthropic center.

Prior to joining the Fund's staff in 1991 as Program Officer for Education, Dr. Magill served as Vice President and Deputy to the President of Washington College, a small private liberal arts college located on Maryland's Eastern Shore where she also taught courses in American Studies and on the American South.

She holds a bachelor's and a master's degree from the University of Alabama and a doctorate in American Studies from Syracuse University. She has served as a senior moderator for the Aspen Institute, and is the founding executive director of the Wye Faculty Seminar, a nationally recognized enrichment program for professors teaching in the nation's small colleges.  Dr. Magill is recipient of numerous honors and awards recognizing her philanthropic and community service.

All events are open to the public; please note where RSVP is requested

Week One-- Unfinished Business:  The Past and Future of the South

Week Four—EDUCATION AND THE FUTURE